688.... 689 ... 690
I had a hard time getting out of bed but still made it to the field by 6:30.   It was a chilly 41degrees but there was no wind and the sky was clear.  The grass was soaking wet with morning dew and yesterday's rain.  I didn't feel like tromping around in the mud so I laid out the wing on the blacktop between the hangers heading west.   It is so nice to launch from a hard surface.
Good clean flight with lots of climb.
Later I came out and cracked off two more.  I landed in the middle of the field reset and launched.  Later looking at the video I realized that I had left the helmet cam on.   Maybe I'll turn out a short how to....

Our big plans for the weekend had to be cancelled so I took the opportunity Sat afternoon to get some air.

Nice flights ... Two clean launches ... I am back on the brakes when the wing is overhead and it's all good.
Only Drama was when one of the skydivers had to pull his reserve when the main failed.
at 7:30 PM No comments: Links to this post

Flight 682 and 683
Last week we received 12 inches of rain in 3 days.  Boulder Longmont and Loveland got hammered.   The Sylvandale was devastated.
The first day after the flood I went out to the field but it was still too wet to launch.
Yesterday I got in a sunset flight with no drama and this morning, the same except for some bumps.


684
This was a good one.  I launched at 6:00 and flew for an hour.  There was plenty of gas so I followed the St Vrain River upstream to Lyons which has been evacuated due to contaminated water and flooded roads.

685
Calm clear morning.  I flew up the south St Vrain Creek and saw the flood damage.  The only notable moment was a long long taxi before the wing had inflated and stabilized overhead

Email ThisBlogThis!Share to TwitterShare to FacebookShare to Pinterest
Labels: video 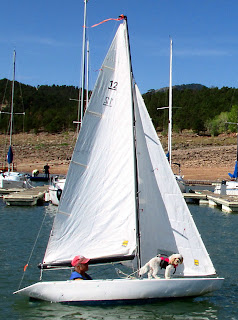 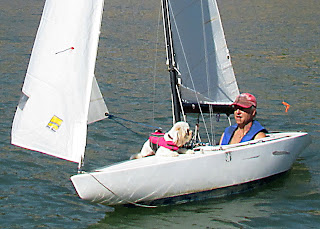 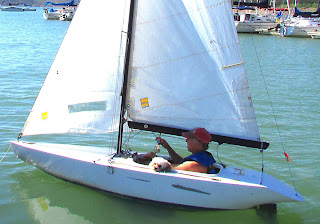 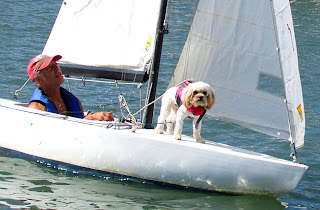 Everything was perfect.
The weather was beautiful with blue skies and a light breeze.

Beau was tied to the wind sock and I was ready to go.  No cam and only the Garmin to distract me.  The wing came up quick, I didn't feel the momentary, "push me pull you",  when the wing is fully in the prop wash.  I checked the mirror and there it was fully overhead and looking good. I was at full power and decided to go for it.  Next thing I see in the mirror that the wing is going frontal and before I could pull some brake the lines were in the prop and it was all over. 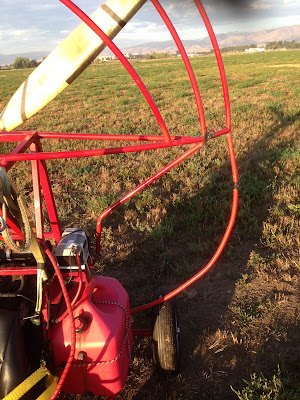 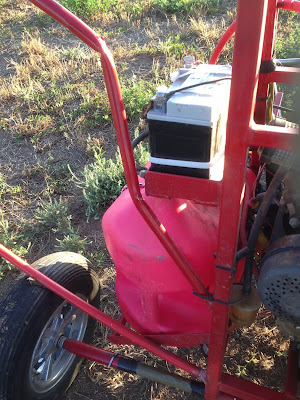 I was lazy, I should have pulled enough brake to feel the wing as soon as it passed through the prop wash. The A Assists were tight but not any tighter than the last few launches.  They might have contributed to the frontal though. Whatever ... The cage is bent in 3 places and I have several lines to replace.  It's a good thing I've scheduled Wednesday afternoon to do welding with Mike Bennett.  We are going to replace the nose wheel and now we will repair the cage as well.
Just as I was finished packing up, Marek showed up with Robert.  We motored over to the South West end of the field and Marek set up to do some foot drags in the swoop pond.  On his first attempt he got in a little too deep and submarine d.  Luckily there was no damage to man or machine.  At least nothing a little time in the sun couldn't cure. 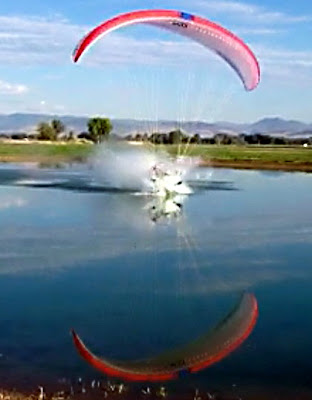 Not a good morning for flying but it was nice to see the guys.