Mike Otten.... BobHarrison and I enjoyed a sunset flight in 6 to 8 mph breeze.  My gas flow problem has been solved. No Drama except that Otten stretched his flight to the very last second.  We damn near had to turn on the headlights for him.
Time aloft 1 hour 8 minutes 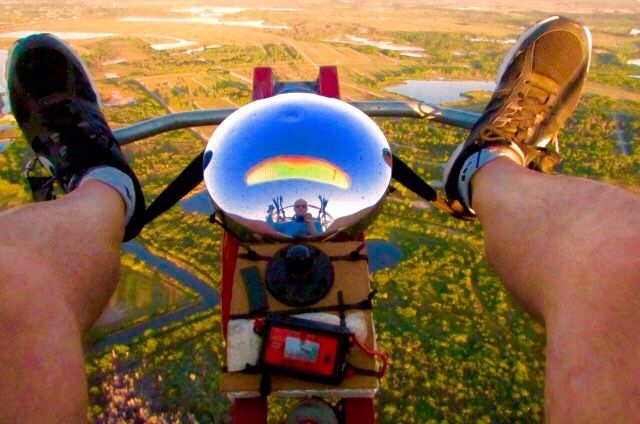 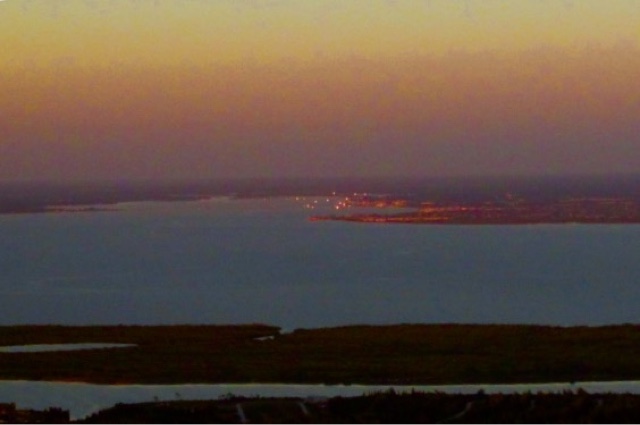 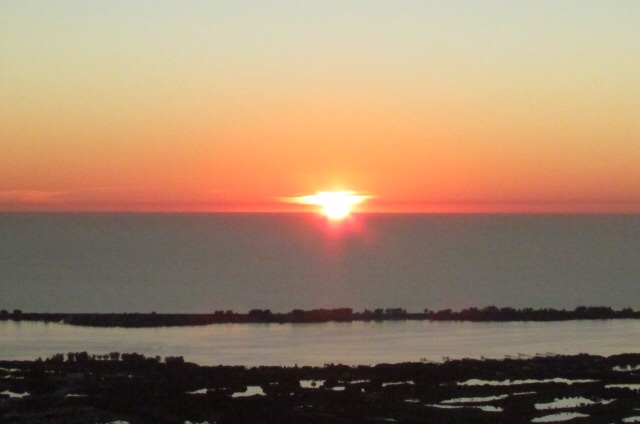 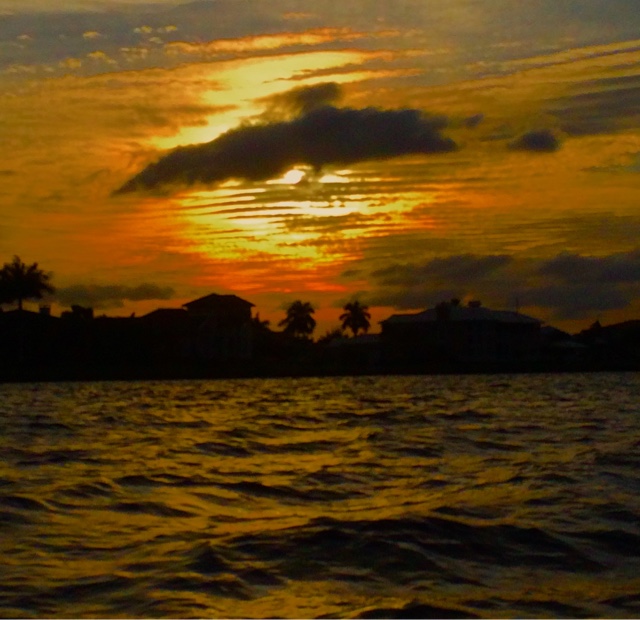 The last picture was not tonight.  It was taken Wednesday during the IYC  Social Sailing.
at 9:49 PM No comments: Links to this post

This was a last minute decision.  The winds that were predicted to last into tomorrow had started to mellow. There was a high cloud cover and I thought it just might be flyable at Placida.  After texting Mike Lange that I was planning to fly and pulling on some long pants I jumped into the truck and headed on out.  At the LZ the wind was steady 6 mph out of the North East.  Trying not to waste any time i warmed up the motor, set-up and prepared to launch.  This flight was going to be naked, no GPS, Helmet, GoPro and it turns out..... No ear protection.  Two seconds after launch I realized my mistake and knew it was going to be a short and naked flight.
This was guaranteed when two seconds after that, the motor died.  I was about 50 feet up and still above landable terrain, so it was a non event to glide into a smooth landing.  I checked the gas tank and discovered the problem was that the fuel had been turned off at the tank.  Probably by Mike when he repaired the cage.  I turned the fuel back on and motored back to the truck.
What I expect happened was that I burned the fuel that was still in the pipeline during the warm up and there was very little left when I began the launch which was exhausted in seconds at full power.
Back at the house I ran the motor for several minutes without a burp, so I should be good to go the next time my schedule and weather permits.
Last week Mike had been kind enough to to weld up the damaged cage and replace the nose wheel.
at 8:42 PM No comments: Links to this post

It's not really a milestone but it feels like one.  I popped off a quick launch and landing and reset for 850.  Ground fog and nil winds were the order of the day.  Nice long flight, one hour and 45 minutes.  I flew down to the RNYC at 850ft and dropped down to do some touch and goes on their parking lot.  The air was so still that the only bumps I encountered were from my own prop wash and because it was so still, the vortex was undisturbed and packed a real wallop.
No Drama... No company... Just me and the birds.
Tech Note.... The new GoPro is not working on my iPad.   Try 30 frames/sec instead of 60. 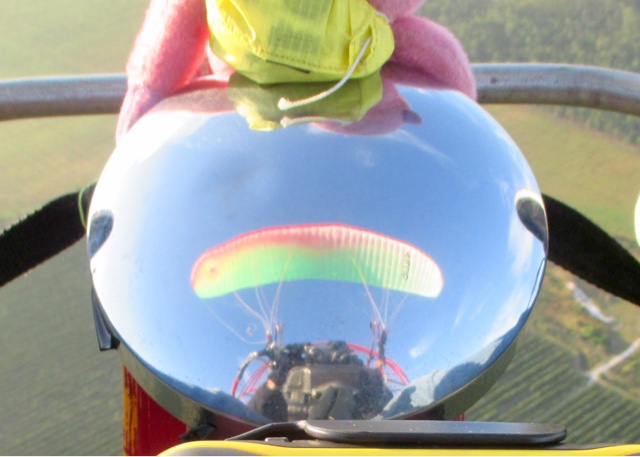 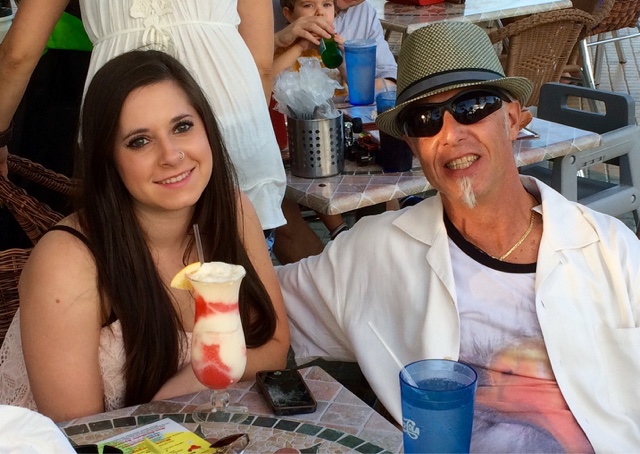 Chilling with Angelica
Wow.!  It's been three weeks since my last flight.  The First week was for a good reason .  Dawn and I were sailing the Eastern Caribbean on the Carnival Cruise Ship Glory.  Then there was a high pressure area north of us that was encouraging a North East wind. It was blowing 10 to 20 mph constantly for more than a week.  Then, last week was my birthday Thanksgiving and the girls visit.  It blew so much that we didn't even go sailing.   Go Figure?  It's beautiful here in the winter and would be the best time of year to fly except for the wind.
Today was the first decent day in awhile.  Mike rallied the troops and we met at Placida about 4pm.  Lange and Otten were testing the air as I arrived.  They both landed when I pulled up.  It was still a bit thermic.
I took pity on Beau and brought him along.  Big mistake...... When the two Mikes decided to cruise over to Englewood Beach I had to content myself with staying near the patch so that I could check on Beau every once in awhile.  The wind was blowing about 8mph toward the Gulf,  I was cruising downwind a couple of miles and working my way back.  After being above 1000 feet for 15 minutes I decided to drop down and check on Beau.  After 3 loud "BEAUs", out he came, bouncing out from under the pickup.
I stayed up about 90 minutes and only landed because the sun had set and it was getting dark.
The Mikes showed up a few minutes later.   I didn't stay around to chew the fat due to mosquitos. 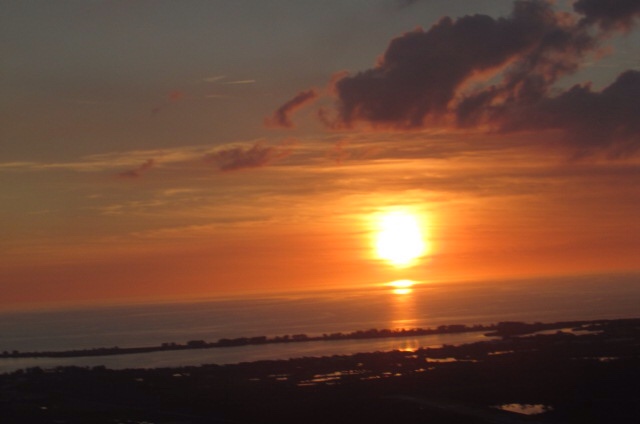 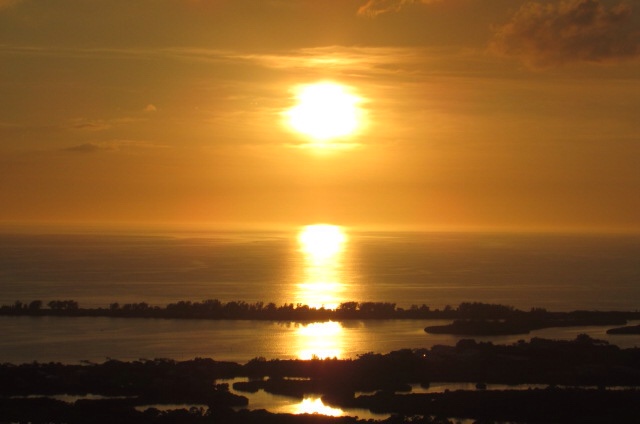 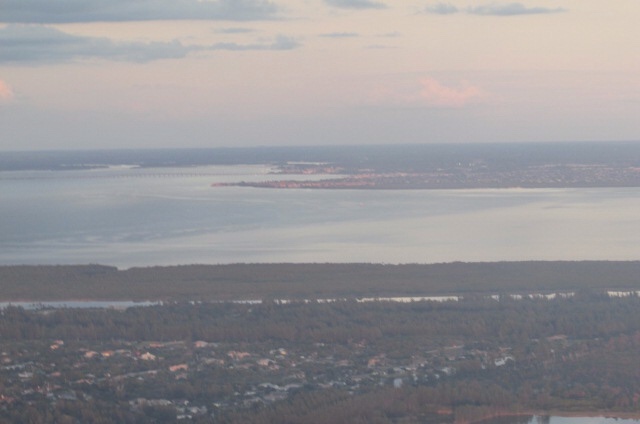